The mission of the Arlington Heights Community Concert Band is to provide musical entertainment to the community, to provide opportunities for community members to join and be part of a musical organization, to provide for individual musical expression and growth, and to contribute to the community's music appreciation.

We are a wind band and as such, play wind band music! Fortunately, this is a diverse category including marches, show tunes, classical, big band, and more. 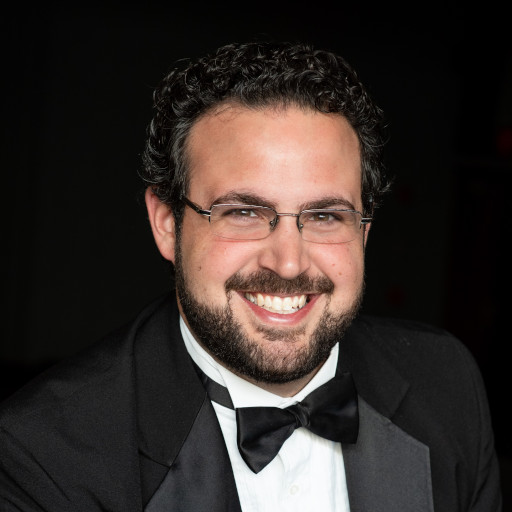 Mr. Madonia graduated from St. Rita High School and then attended DePaul University where he received his Bachelors degree and then received his Masters of music education degree from VanderCook College in Chicago. Mr. Madonia has also been active in the Drum Corps community as brass caption head of Pioneer Drum and Bugle Corps, brass staff for Spirit of Atlanta, Colts and Kilties. Mr. Madonia serves as the Executive Director for the Midwest Music Festival and the Chicago Area Jazz Festival. He has also served on the IHSA Music Advisory Committee and the National Federation of High Schools Music Advisory committee. His Collegiate experience includes Applied Trumpet instructor at St. Xavier University and South Suburban College.

In addition to teaching, he is a consultant to many band programs throughout Illinois, and serves as an adjudicator and conductor for various music festivals. Outside the classroom, Mike is very active as a trumpet player in various musical ensembles in the Chicagoland Area including working with musicians from the Tonight Show and the Chicago Symphony Orchestra.

Mr. Madonia has been an active member of IMEA/MENC, is the recipient of 5 National Band Association Citations of Excellence, and is also a member of the College Band Directors National Association. In 2010 Mr. Madonia was a recipient of the Chicagoland Outstanding Music Educator Award from Quinlan and Fabish Music.

We have approximately 60 volunteer members in the Arlington Heights Community Concert Band. Their ages range from 14 to 80+ years old. Some are extremely accomplished musicians, and some are not. But all enjoy having fun and sharing their love of music with each other and with audiences at our concerts.

Membership is open to anyone 14 years of age or older who has experience playing a musical instrument. No audition is required, and placement is at the discretion of the conductor.

We encourage our members to participate all of our concerts, but we understand life is busy and sometimes gets in the way. Members wishing to perform a given concert are expected to attend most of the associated rehearsals, the dress rehearsal, and of course the concert itself.

Rehearsals are once a week, on Wednesday night, from 7:30 PM to 9:30 PM. Our normal rehearsal space is Forest View Educational Center, but conflicts do move us to other local rehearsal venues.